October at TOKY means Hooky Day: Each staff member is encouraged to get out of the office at some point during the month and do something fun and interesting — something new to you — and come back and tell the team about it. It took me only a few minutes to decide on spending a few hours at the Kraus House designed by Frank Lloyd Wright and located in Ebsworth Park, a tucked-away bit of land within a St. Louis suburb. If you live in STL, or find yourself here on a trip, I highly recommend a visit.

Here’s some background from the official website for the home:

Nestled in grassy fields on 10.5 acres in the Sugar Creek area of Kirkwood, Mo., the Frank Lloyd Wright House in Ebsworth Park is a unique and significant residence designed by Frank Lloyd Wright, widely recognized as the greatest American architect of the 20th century. This 1,900-square-foot residence built for Russell and Ruth Kraus was the architect’s first building in the St. Louis area, and is one of only five Wright designs in Missouri. It is an excellent example of Wright’s democratic vision, intended to provide middle-class Americans with beautiful architecture at an affordable cost.

The home is notable not only for its architectural integrity, but for retaining all of its original Wright-designed furnishings and fabrics. The home is listed on the National Register of Historic Places because of its significance in American architecture.

I went last week on a crisp fall morning, and while interior photographs aren’t allowed, I did manage to take a few shots of the exterior before the group headed in for the tour: 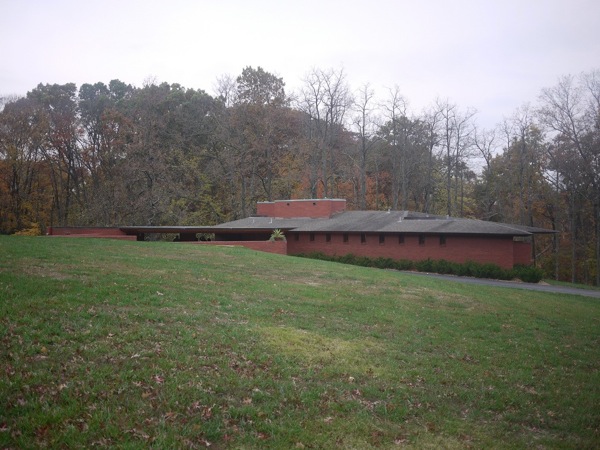 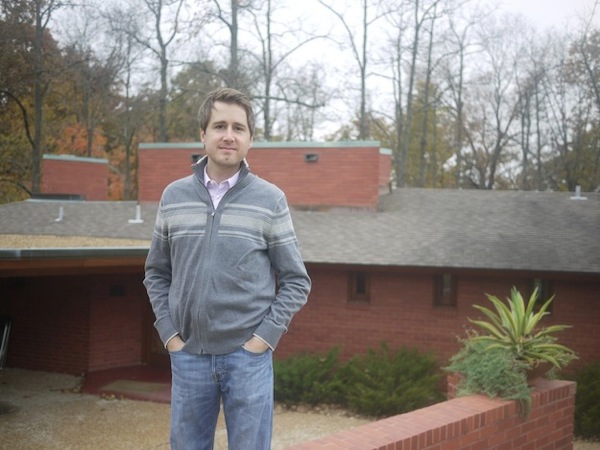 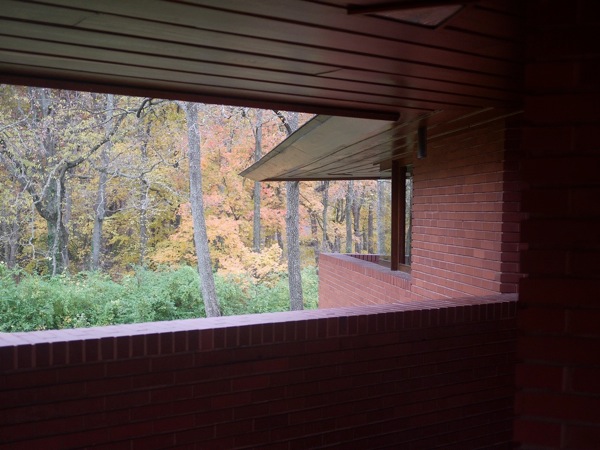 Standing beneath the carport 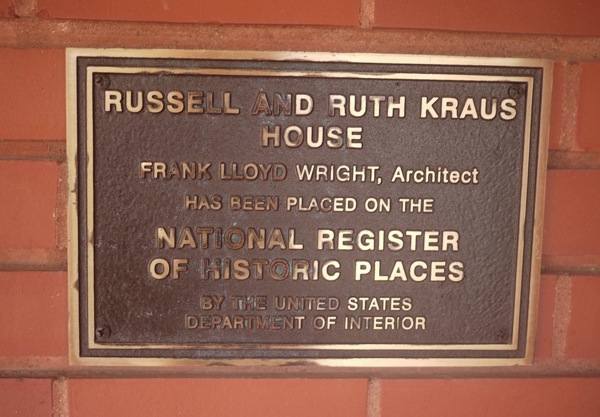 The plaque near the front door

The tour starts with a brief video, then lasts about an hour inside. A few fun facts from my notebook:

Lastly, let me share two video links, both of which will allow you to see the front of the home and a bit of the inside: a 2009 “Living St. Louis” profile of Kraus — himself a respected and productive commercial and fine artist — and an August 2011 “Sate of the Arts” segment on the the house itself. Hope they motivate you to make a visit in person.