Total Eclipse of the Art: A TOKY Poster Series

Midday on August 21, 2017, a total solar eclipse will cross the United States, making its way from Oregon to South Carolina. With the path of totality just a short drive from TOKY’s St. Louis office, we decided to mark this momentous occasion… with design.

Inspired by everything from ancient myths to science textbook charts and mid-flight brainstorms, the team created a series of posters celebrating The Great American Eclipse. No eye protection required.

“This eclipse is going to be rad… like totality.” 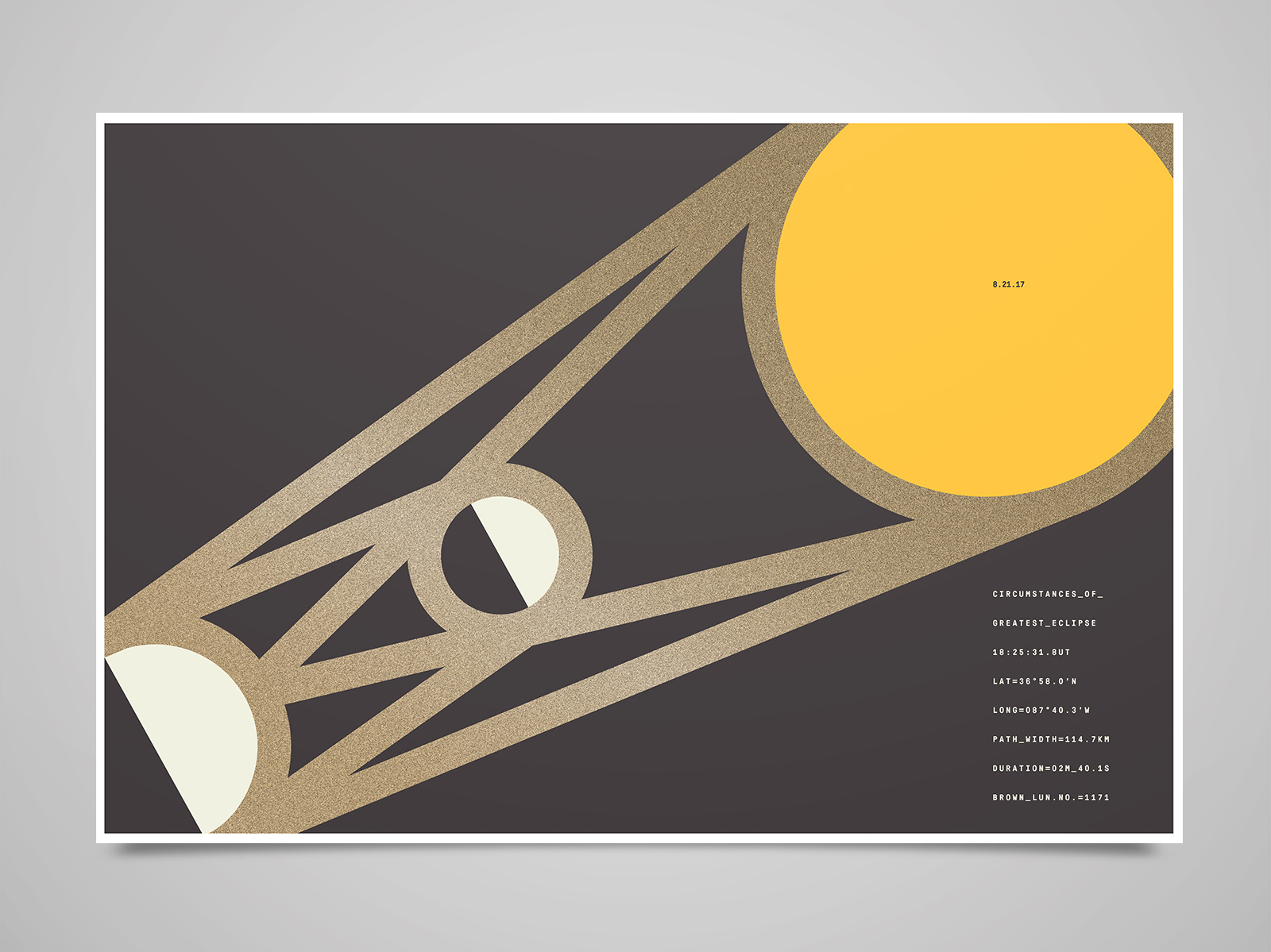 “I’ve always been a fan of science textbook diagrams and charts. They have a way of distilling a complicated idea down to its simplest explanation.” 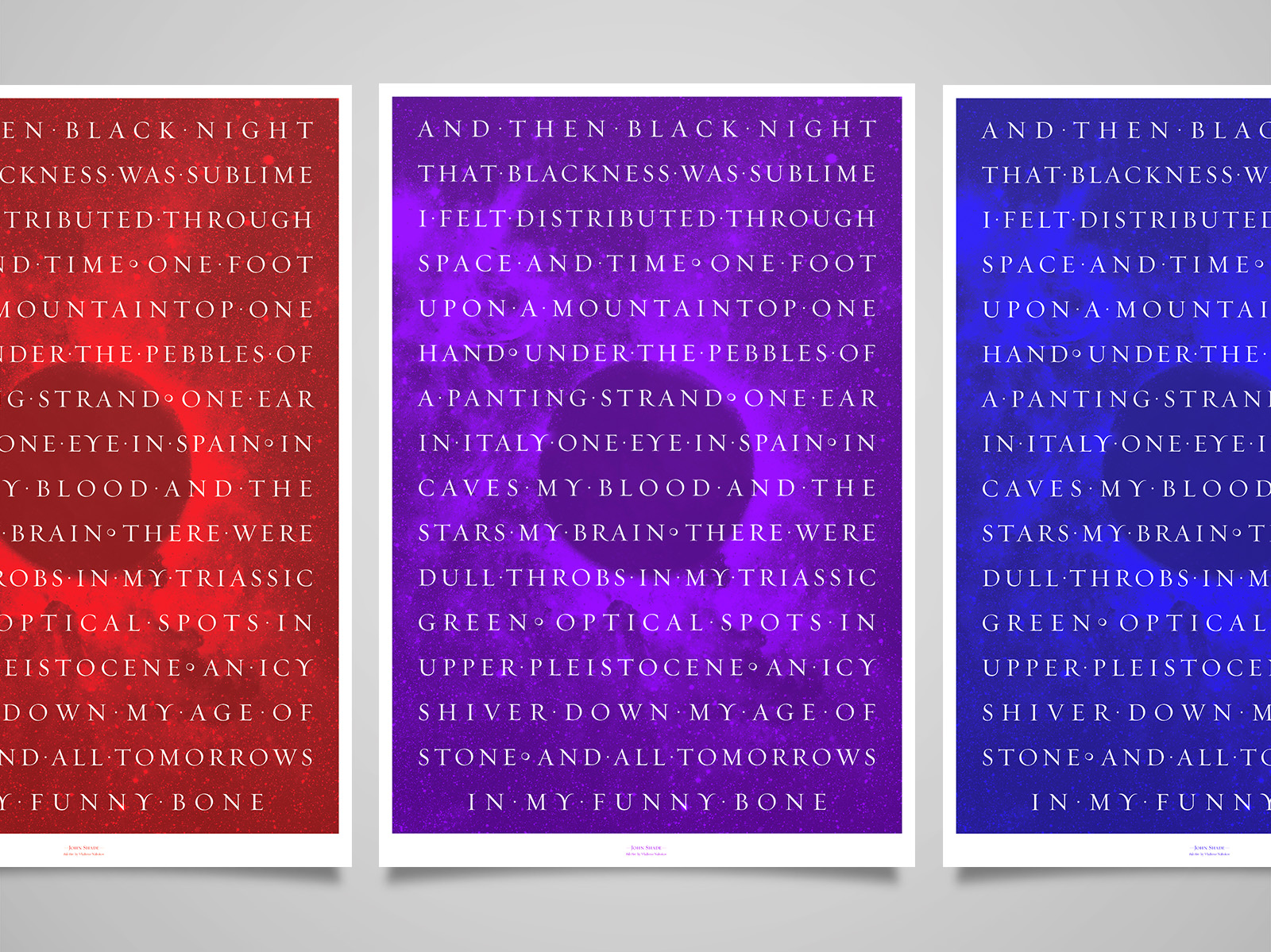 “While thinking about this project, I was reminded of a few lines from one of my favorite books, Pale Fire. In its original context, it has nothing to do with an eclipse, but there’s this notion of an epiphany momentarily connecting the writer to space and time. And historically, there has always been a sense of providence related to eclipses — something spiritual or otherworldly — like this extraordinary celestial coincidence can be a unifier between humanity and the rest of the universe.” 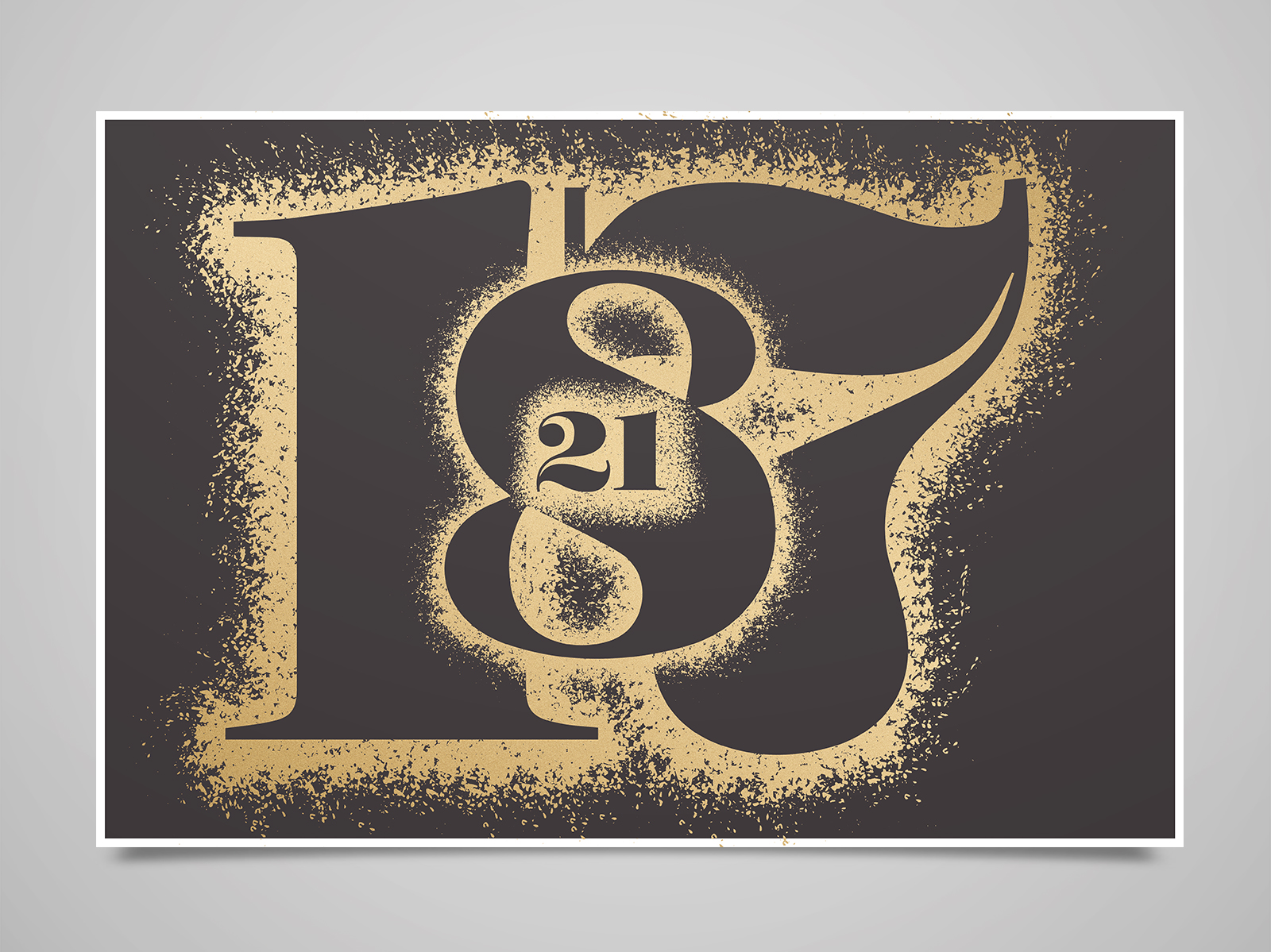 “It’s a brief union, but for a moment our orbit aligns with the moon’s and it almost looks as if it were planned. So many variables have to line up (pun intended) that I was inspired to make a little homage to geometric serendipity.” 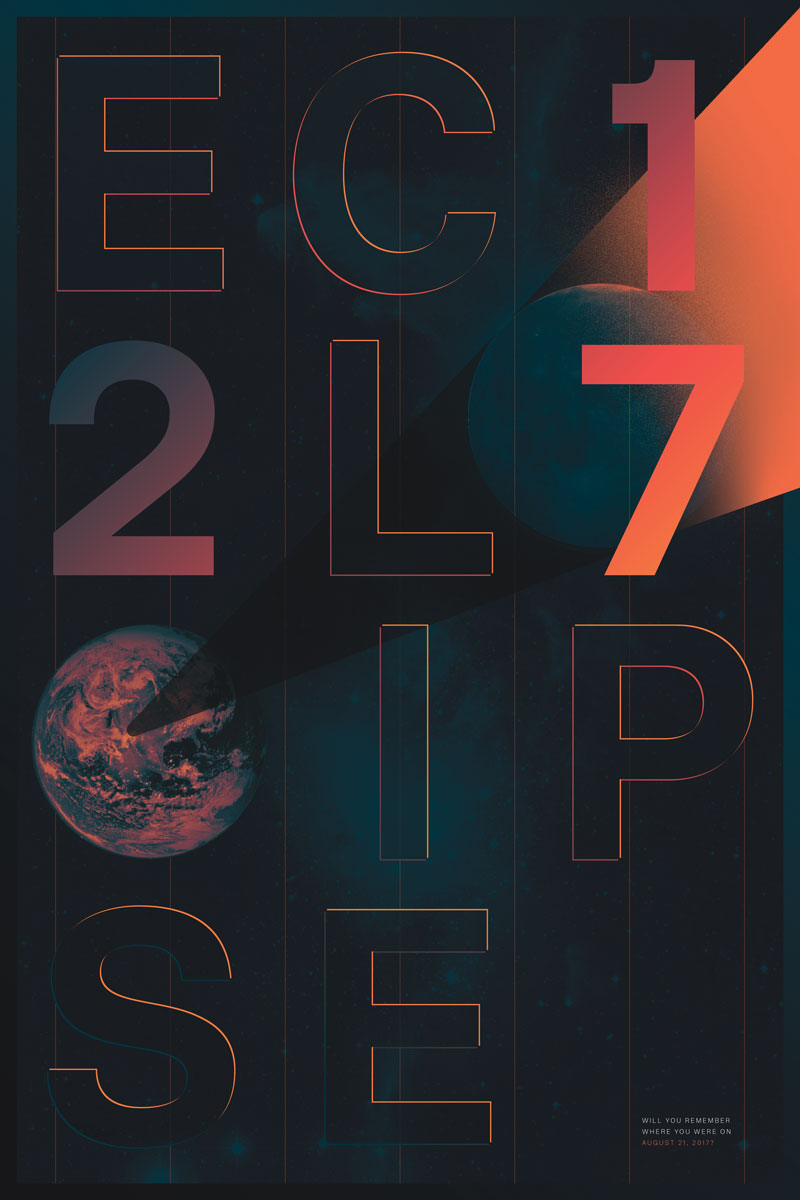 “I had a lot of great ideas for this poster, but not enough actual talent to execute them. So, in flight from Vancouver to Toronto, I comped up this poster. Playing on the idea of the corona visible at totality, I wanted to juxtapose lights and darks in a sparingly cool way. I also wanted gridded type that was broken up in an interesting way to represent the movement of the eclipse across the Earth. In the end, I just wanted to make something kinda cool.”

“I wanted to make a poster that could not only be held proudly during the event but left behind at landmarks to commemorate the moment. By using a stencil typeface, we could die-cut the poster allowing for the sunshine, or lack-there-of, to be shown through. Using varying weights per line, I mimic the casting of light from the eclipse. An enterprising person could use this as a stencil for street art, or creative kids could use it on their driveway.” 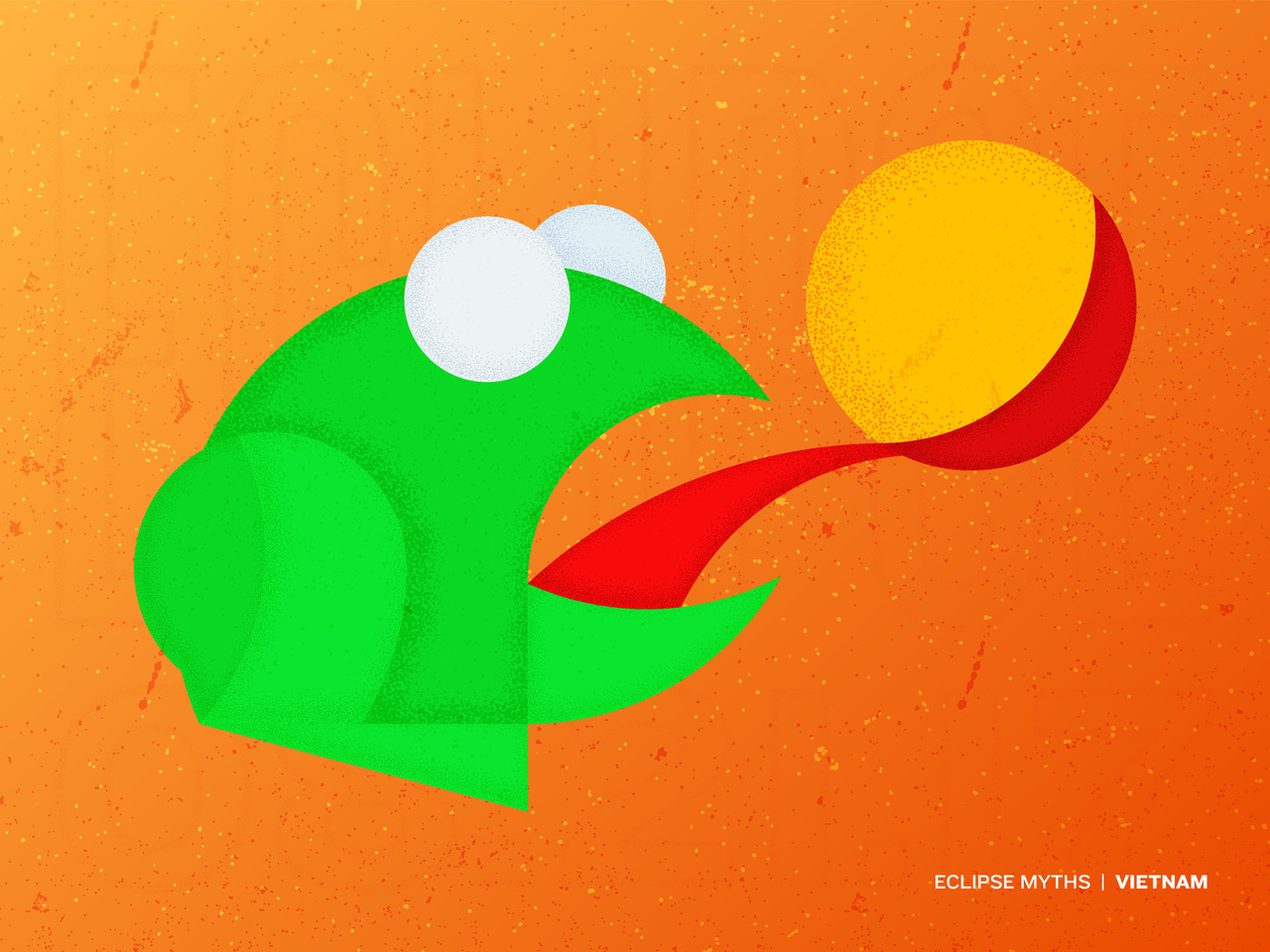 “I started wondering about how other cultures — especially ancient cultures — thought about eclipses. According to Vietnamese legend, an eclipse occurs when a giant frog eats the sun while trying to escape his master, the Lord of Hahn.” 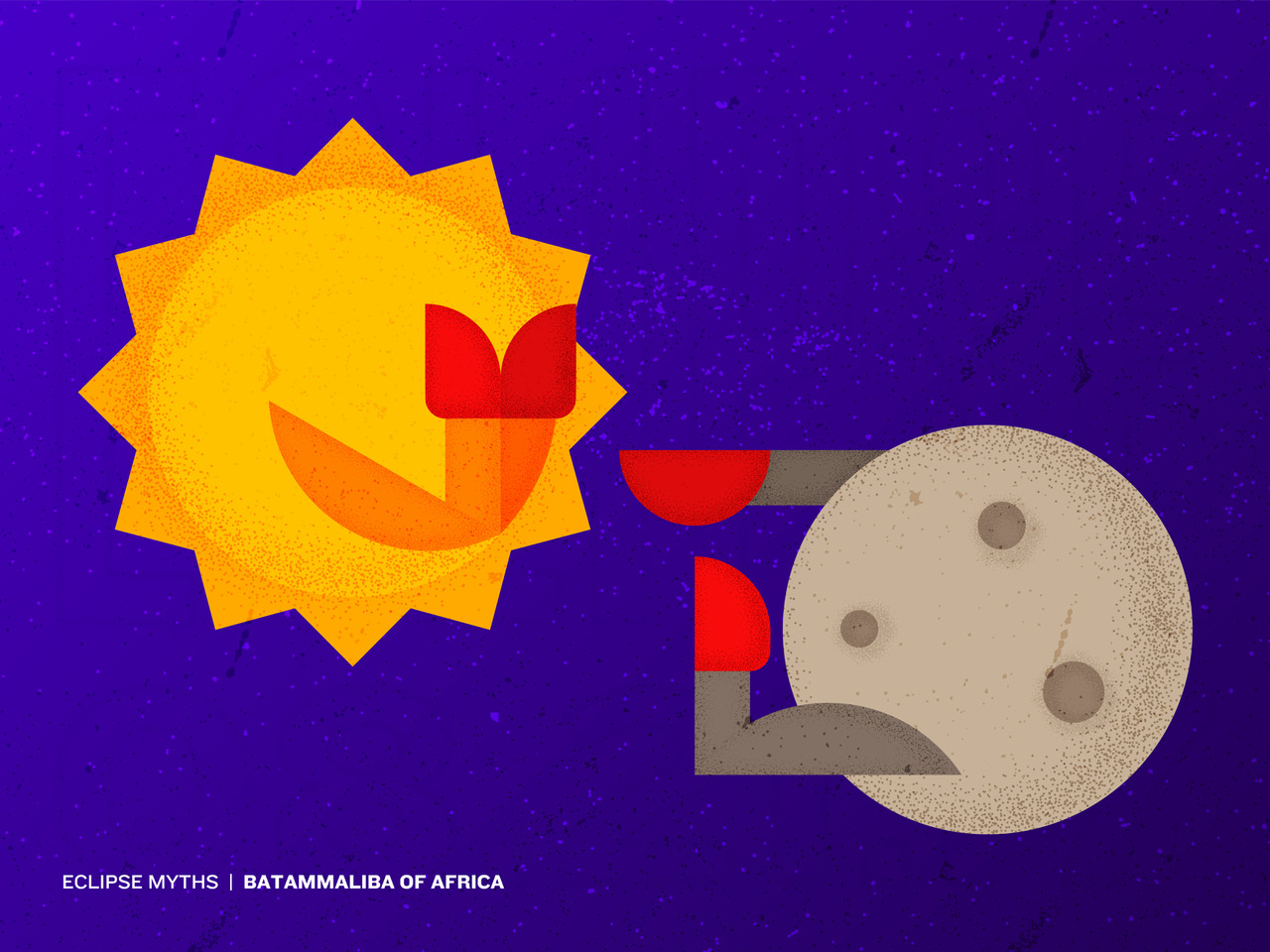 “In my research on ancient eclipse myths, I learned that the Batammaliba people in Togo and Benin, Africa saw eclipses as opportunities to end old feuds. As the myth goes, eclipses are a result of fighting between the sun and the moon. In an eclipse, Batammaliba communities would join together to reconcile their own differences in hopes that the sun and moon would follow suit.” 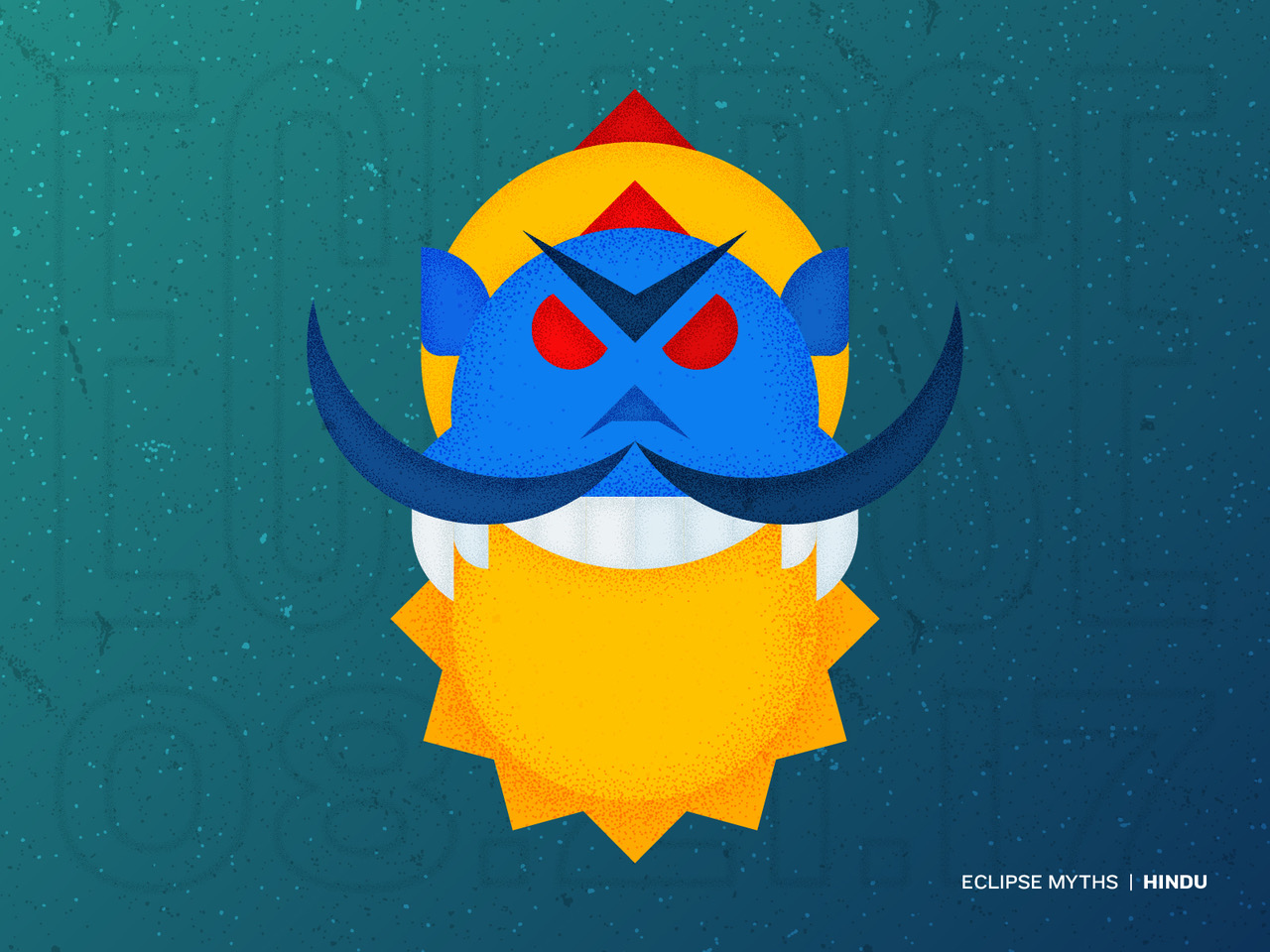 “One last eclipse myth: Rahu, the Hindu demon, disguises himself as a god to steal an immortality elixir. The sun and moon witness this theft and notify the god Vishnu, who cuts off the demon’s head before the elixir can reach his throat. In the end, Rahu’s head is left immortal while his body dies. His head orbits the sky, bitterly chasing the sun and moon. Every now and then he catches one — but with no stomach, the sun and moon simply fall out of the bottom of his head, explaining the solar and lunar eclipse.”