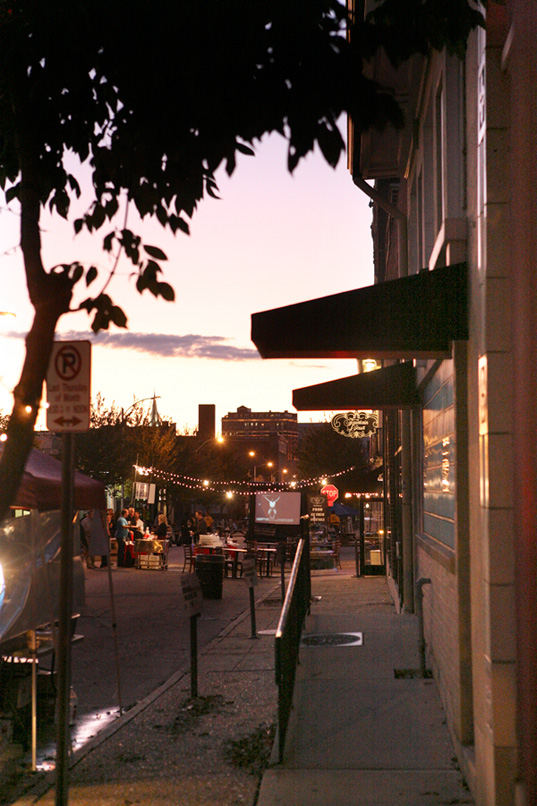 The bad news is all over the Post-Dispatch this morning… St. Louis’ city population shrank more than expected in the last decade. Most of those losses (red areas in the map above) came from the poorer areas of North St. Louis, the areas most crime-infested, economically depressed, and in need of better public schools. (Map from the Post-Dispatch)

But there are three bright spots of serious population growth (1,000 + increase) in the City; Downtown, Midtown, and the West End. On the map above, they are the three dark blue areas in a line right through the center of the City.

TOKY is proud to have been one of the keystones of the Midtown Alley neighborhood for the past 8 years, and we’ve worked our tushes off to help make this part of the City better and stronger. The Midtown Alley brand is among the most recognized in the City, and it has helped to attract dozens of businesses and, now, a significant number of residents to the area. It’s nice to see it’s paid off with real gains for a City that has enough bad news to deal with.