A New Identity for Urban Development Publication NEXT STL

If you care about architecture or urban development in St. Louis, chances are you’ve spent some time on NEXT STL.

The digital publication focuses on urban development in our city, with topics ranging from the built environment to policy and transportation. Founder and editor Alex Ihnen started the site based on the idea that, “Only by being attentive to the choices before us can we effect a more livable future for our neighborhoods and cities.”

And people are paying attention. In 2016, NEXT STL clocked in more than 3 million pageviews, while the site’s sister podcast, Future Great City, is growing in popularity.

“Only by being attentive to the choices before us can we effect a more livable future for our neighborhoods and cities.”

As part of a move toward what Ihnen calls the “New NEXT STL,” TOKY designed a new identity for the publication. Inspired by the St. Louis city grid and the skeletal structure of rising developments, the logo brings these ideas together to form a confluence representative of the river city. The logo also forms an “X,” the indicator of your location on a map (“X marks the spot”).

The identity is part of a larger system that includes the other arms of NEXT STL, including the online forum Urban STL and the podcast, Future Great City. 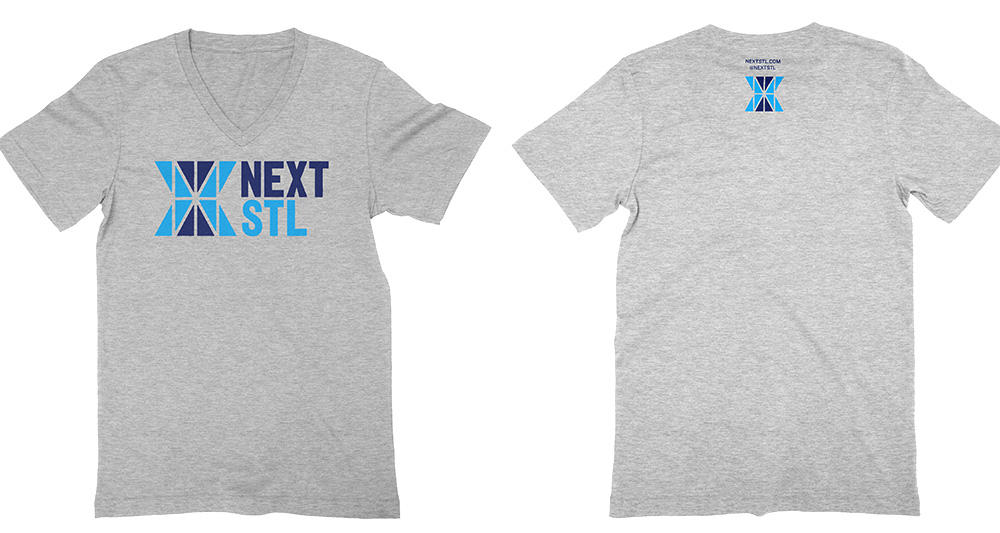 With the new logo ready to go, NEXT STL is running a Kickstarter campaign to fund a new, mobile-friendly site, fully implement the new TOKY-designed brand, and pull in a wider range of writers and contributors. The campaign ends at 8:00 pm. on Friday, March 31, 2017.

You can check out the latest NEXT STL articles here.