I love the process of shooting film, there I said it.

Sometimes it’s magical, and sometimes I throw my camera across the room, but in the end, I’m pretty sure I like it… we’ll see how I feel by the end of this article. Our creative director Geoff, likes to call me a Neo-Luddite, because I seem to be lost in my generation sometimes. While I wouldn’t go that far, I would say there is something special about making something with your own hands.

So, in that vein, I wanted the try and create simple black and white images that had a grit and grain to them. I’ve had a love of Polaroid cameras for a long time, and this project stems from that love. I wanted to use a process that gave me a print straight from the back of the camera. So I found something called Direct Positive Paper, basically it is light sensitive paper that you can expose directly from the camera lens, and make a positive print. This allowed me to skip the film step, but still have the mobility that film offers over something like Wet Plate photography. So many things have to go right to get the shot; focus, exposure, development, and in the end in can feel like a big crap-shoot. Although I like that there is something very scientific about the whole process, using chemicals and doing calculations.

One of my goals was to build a Large Format wooden camera, while I did not build this one from scratch, it is a Frankenstein of a device. I bought an old 8×10 Russian view camera off of eBay, one that was made for glass plate negatives, and made a new back that would accept modern film holders. The lens is also Russian but made for a different camera, so I retrofitted that on the front. This camera requires a lot of setup, as everything is done manually… focus, exposure, even the shutter is just my hand in from of the lens. 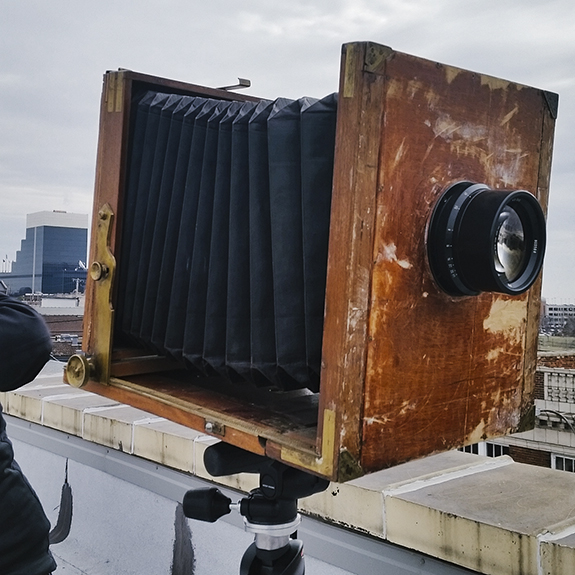 The exposure was rather simple, I focused with the ground glass, while my subject stood very still, then put the film back in place of the glass, and exposed. 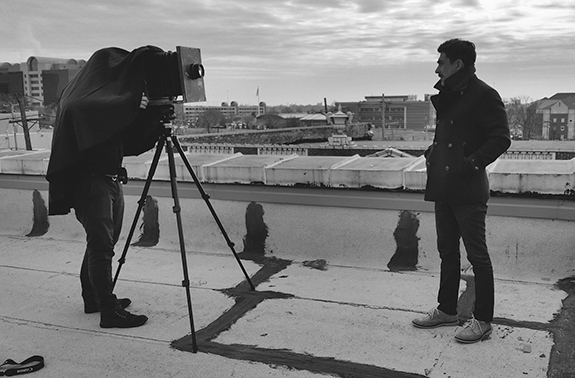 My exposure was about 1/4 of a second, and I used a piece of paper to uncover the lens, then cover it again (like I said, crap-shoot). 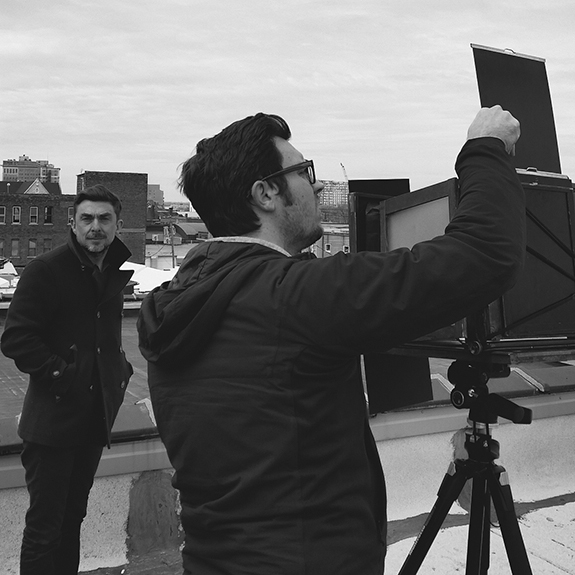 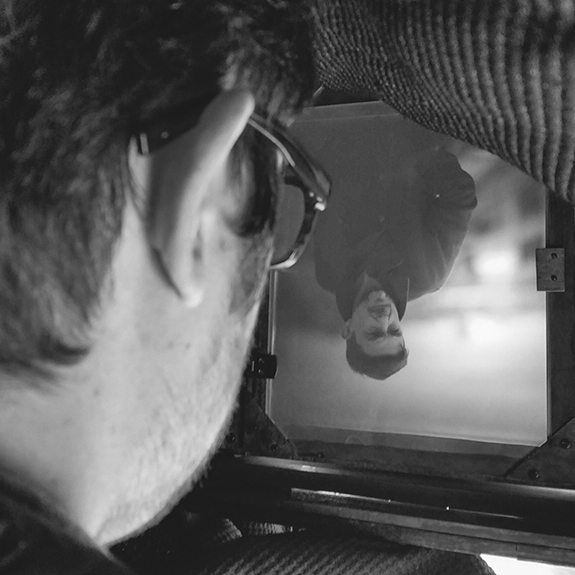 The process is very similar to the standard way of developing film and paper, with developer and fixer chemicals needed. 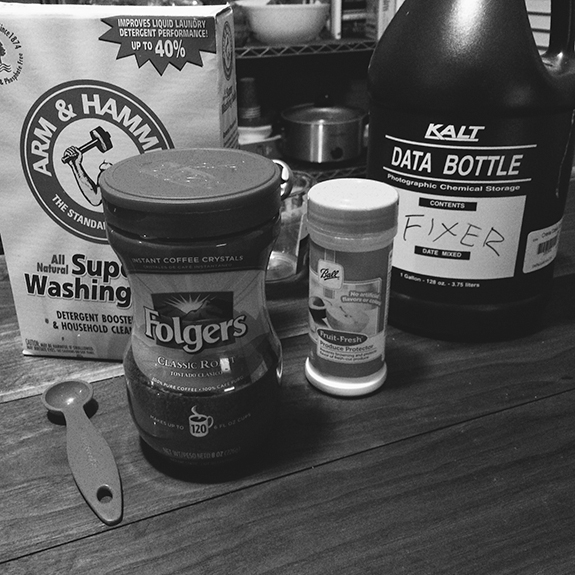 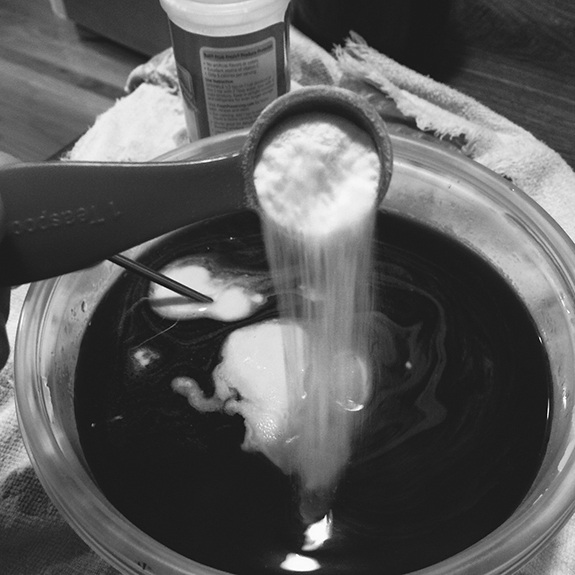 But the end results are great, and the coffee gives the paper a subtle sepia tone. Another good thing about developing this particular paper in a dark room is that you can use a red safelight, so you can watch everything happen and adjust development times if necessary.

Now if I can just get my cat to stop drinking all the developer. 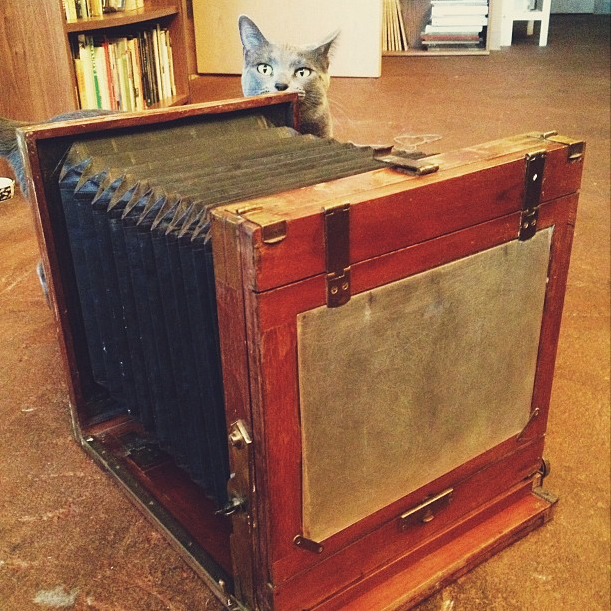 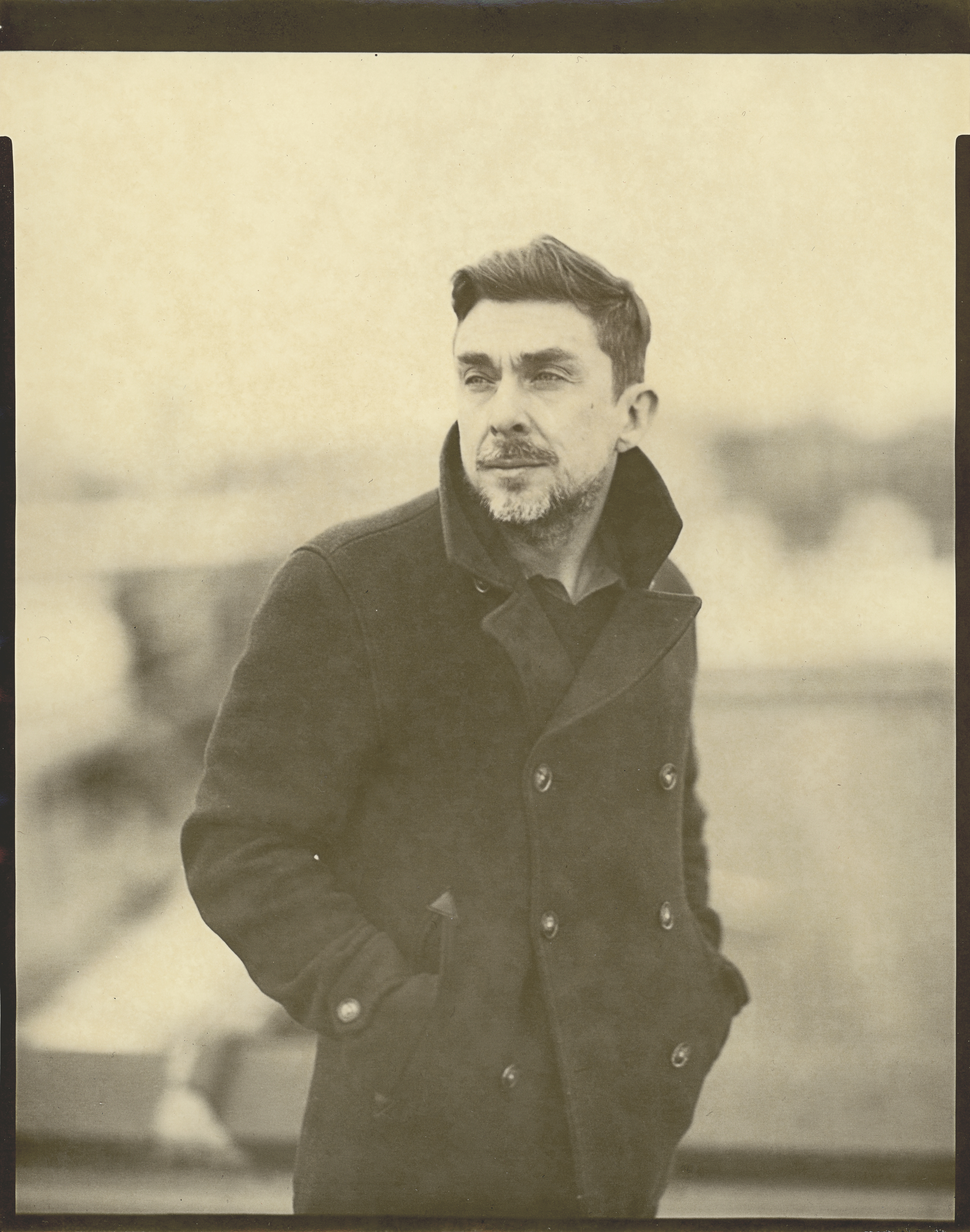