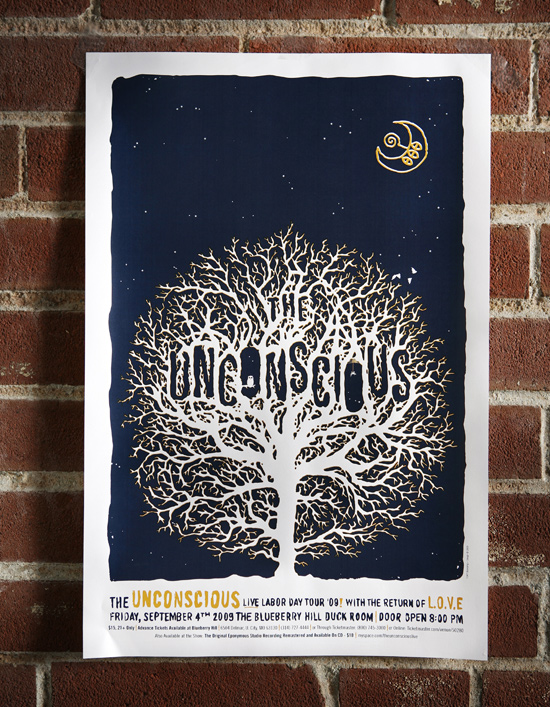 The band, the Unconscious, was originally formed in 1986. Their popularity grew through the late 80s and into 1990 (when they broke up). They recently came back together for three-show Labor Day Weekend reunion tour. Now they are reunited full time.

TOKY did the poster for the Labor Day Weekend reunion performance in St. Louis at Blueberry Hill (which sold out). The poster was hand drawn in pencil by TOKY designer Mary. We recently reissued the poster with updated details about their upcoming show at the end of December: